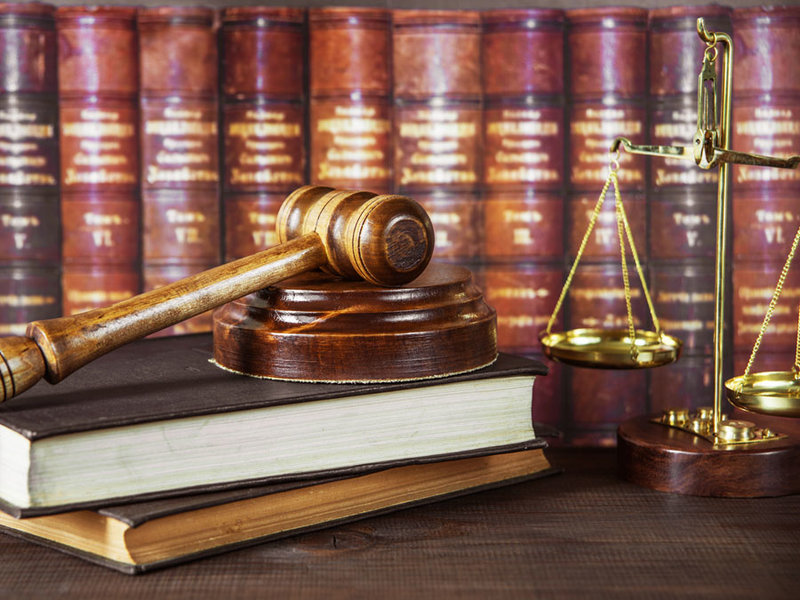 The judicial system in India is one of the most efficient judicial systems in the world and it has been established in such a way so that it caters to the need of every person in the country. The Indian Judiciary is well established with quite a lengthy and complex hierarchy of courts. The judicial system is in the form of a pyramid, with the Apex Court being at the top of the hierarchy.  The courts have been created in such a manner that even a person from a remote area can approach the courts to get their disputes resolved.

Functionaries under the CrPC

The functionaries which are empowered to exercise the powers and discharge duties under the Code of Criminal Code, 1973 are the police, prosecutors, courts, Defence Council, Prison Authority and Correctional Services. Amongst these the role of Magistrates and Court is pivotal while others are in a way accessories to it.

Roles and functions of these types of machinery

There is no provision in the code that creates the police or police officers. It assumes the existence of police and arms them with various responsibilities and powers.

The Police Act, 1861 establishes the police force. The Act says that “the police force is an instrument for the detection of crime and its prevention.” The Director-General of Police is vested with the overall administration of police in an entire state, however, in a district, under the general control and directions of District Magistrate, administration of police is done by DSP (District Superintendent of Police).

Powers and functions under CrPC

The Code confers upon the police officers certain powers such as the power to investigate, search and seizure, make an arrest and investigate the members enrolled as police officers. Extensive powers are conferred to the officer in charge of a police station.

As per Section 24 of Cr.PC Central and State, the government is empowered to appoint Public Prosecutors at state and district levels to conduct appeal and prosecution under High Courts and Subordinate Courts. The Section further provides that Additional or Assistant Public Prosecutor shall be appointed and they shall work under the directions given by Public Prosecutor.

In Md. Mumtaz v. Nandini Satpathy, the Apex Court explained the role of Prosecutors under CrPC and observed that it is the duty of a Public Prosecutor to aid the court by placing all the evidence in his possession in front of the court even if it is in favour of the accused. In the machinery of justice, a very responsible role is assigned to the public prosecutor, thus he shall be personally indifferent towards the result of the case.

The setup of criminal courts in India is of 2 types i.e. District and Metropolitan areas.

The setup of criminal courts in district areas is at 3 levels: –

At the lower level of the judiciary the courts are called courts of Judicial Magistrate which are of 3 types: –

At the middle level of the judiciary, the courts at the sessions level include: –

At the higher level of the judiciary, there are High Court and Supreme Court.

The courts at the session’s level are referred to as metropolitan courts and they are of 2 types:

Chief Judicial Magistrate/Chief Metropolitan Magistrate exercises supervisory authority or administrative authority of all the magistrates in sessions/division or metropolitan areas.

In most of the cases an accused person is a layman and is not aware of the technicalities of law, therefore, as per Section 303, an accused person shall have a right to be defended by a counsel of his own choice. As the accused or his family employs the pleader to defend the accused against the alleged charges, such a pleader is not a government employee. For ensuring a just and fair trial it is essential that a qualified legal practitioner presents the matter on behalf of the accused.

Therefore, Section 304 provides that if the accused does not have sufficient means to hire a counsel, a pleader shall be assigned to him by the court at the state’s expense. There are various schemes through which an accused who does not have sufficient means to hire a pleader can get free legal aid, such as the Legal Aid Scheme of State, Legal Aid and Service Board, Supreme Court Senior Advocates Free Legal Aid society and Bar Association. The Legal Services Authorities Act, 1987 provides needy people with free legal aid.

The court does not create but presupposes the existence of prison authorities and the Prison. As per Section 167 Magistrates and judges are empowered by the code to order the detention of under-trial prisoners in jail during the pendency of the proceedings. The courts have the power under the Code to impose imprisonment sentences on convicted persons and to execute such sentences send them to prison authorities.

However, the Code does not provide specific provisions for working, creation and control of such machinery. The Prisons Act 1894, The Probation of Offenders Act 1958 and The Prisoners Act 1900 deals with such matters.

Territorial divisions under the code

The entire territory of India consists of states and Section 7 of the Code states that “the basic territorial divisions of the State are the districts and the Sessions Divisions”. Considering the special needs of big cities like Bombay, Calcutta, Madras, etc. the Code has recognised them as metropolitan areas and each such area shall be considered as a separate sessions division and district. According to this territorial demarcation, the criminal courts of India include the Supreme Court of India, High Courts, Court of Session in every Session Division and Courts of Judicial Magistrates in every district.

Section 6 of the Cr.P.C provides for the classes of criminal courts in every State apart from the High Courts and the Supreme Court, namely –

- Judicial Magistrates of the second class; and

3.      Lower Courts of India have been classified as follows:

Section 9 of the Cr.PC empowers the State Government to establish the Sessions Court and such court would be presided over by a Judge appointed by the High Court. The Additional and Assistant Sessions Judges are also appointed by the High Court to exercise jurisdiction in the Court of Session. The Sessions Court ordinarily sits at such place or places as ordered by the High Court, but if in a case, the Court of Sessions decides to cater to the general convenience of the parties and witnesses, then, it may, with the consent of the prosecution and the accused preside its sittings at any other place. As per Section 10 of the Cr.P.C, the assistant sessions judges are answerable to the sessions judge.

The jurisdiction In case of Juveniles (Section 27)– This section directs that a juvenile (person below the age of 16) can not be given a death penalty or a punishment of imprisonment for life. Chief Judicial Magistrate or any other Court specially empowered under the Children Act, 1960 (60 of 1960) tries such type of cases.

The Special Metropolitan Magistrate may be empowered by the High Court or the State Government to exercise the powers of a Judicial Magistrate of the first class in any area outside the metropolitan area.

As executive magistrates are supposed to execute administrative functions they were neither given power to try accused nor pass verdicts. They are mainly concerned with administrative functions. The executive magistrates have the power to determine the amount of bail according to the provisions of the warrant issued against the accused, pass orders restraining people from committing a particular act or preventing persons from entering an area (Section 144 Cr.P.C), they are the authority to whom people are taken to when they are arrested outside the local jurisdiction, the executive magistrates are the only one with the power to disperse a crowd or an unlawful assembly, further, they are authorized to use force while doing the same according to the gravity and requirements of the situation. Executive Magistrates are assisted by the police while executing their functions.

As per Section 21, Special Executive Magistrates shall be appointed by the State Government for particular areas or for the performance of particular functions.

Local jurisdiction of the executive magistrate

Section 22 of the CrPC empowers the District Court to define the areas under which the Executive Magistrates may use all or any of the powers which are exercisable by them under this code but under some exceptions, the powers and jurisdiction of such Magistrate shall extend throughout the district.

Sentences which can be passed by the various courts

1.      Sentences passed by the High Courts and Sessions Judges (Section 28):

·         Any sentence which is authorised by law can be passed by the High Court.

·         A Sessions or Additional Sessions Judge can pass any sentence authorised by law. But, while passing death sentence prior confirmation from High Court is required.

·         The Court of Chief Judicial Magistrate can pass any sentence of imprisonment for more than seven years but not a death sentence or life imprisonment.

·         The Judicial Magistrate of first class can pass a sentence of imprisonment for a term, less than three years, or a fine less than ten thousand rupees or both.

·         The Judicial Magistrate of second class may pass a sentence of imprisonment for a term, less than one year, or a fine less than five thousand rupees.

·         The Chief Metropolitan Magistrate has the same powers as that of a Chief Judicial Magistrate and of MM, in addition to the powers of the Magistrate of first class.

One of the main constitutional goals is proper administration of justice has to be in consonance with the expectations of the society. The goal can be achieved if the citizens living in our country can easily knock the doors of the courts whenever a dispute arises.

The criminal courts are constituted in such a way that every citizen can access it for justice. Citizens are also empowered to appeal to higher authorities if they feel that justice is denied to them by lower courts. Therefore, through this system, it has become easy for the citizens to approach the Judiciary.

Need An Appointment For Legal HElp?

If you have any legal problem in your life ... We are available

The information contained in this website is provided for informational purposes only, and should not be construed as legal advice on any matter.

The Bar Council of India, whose rules govern our practices, has held that web sites, infringe the present Professional Conduct Rules, if any information relating to legal practitioners is hosted on the web. We hold the high regards to maintain discipline as laid down by The Bar Council’s directives.

The Bar Council of India does not permit advertisement or solicitation by advocates in any form or manner. By accessing this website (http://www.alssolicitors.com), you acknowledge and confirm that you are seeking information relating to ALS Solicitors & Advocates of your own accord and that there has been no form of solicitation, advertisement or inducement by ALS Solicitors & Advocates or its Associates/ Lawyers/ Members or any one concernd in any manner whatsoever.The transmission and receipt of information contained on this Web site, in whole or in part, or communication with ALS Solicitors & Advocates via the Internet or e-mail through this website does not constitute or create a lawyer-client relationship between us and any recipient.